maine.realigro.com is the first worldwide real estate search engine where you can look up listings of homes for sale in Maine

Property for sale in Maine

It borders to the east, north and north-west with Canada and southwest to New Hampshire.

This summer for Maine's estate sales season is full.

Throughout the state there was an increase of 2.54% compared to June 2017.

2018 was a good year for Maine where it is possible to find very interesting properties for sale in Maine and the inventory is moving fast.

Maine real estate continues to be a great investment above all if you are looking for property for sale in Maine.

Maine, the most northerly state in the United States, is known for its rocky coasts, maritime history and natural environments such as the granite and wild islands of Acadia National Park. Elks are the major attraction in Baxter State Park, home of Mount Katahdin, term of the Appalachian Trail.

The capital is Augusta but the most populous cities are Portland, Lewiston and Bangor.

The average selling price of property for sale in Maine increased by 11% in June compared to last year, while the volume of domestic sales increased by almost 3%.

For the three month period ended June 30, the median property for sale price in Maine rose about 11% from the same period last year

The largest increase in the average price for the three-month period was in Waldo County, where it rose by over 18%. The only county in Maine that experienced an average price decline for the period was Penobscot, where the median has decreased by more than 7% compared to the previous year.

The real estate market is very interesting if you want to invest in property for sale in Maine. 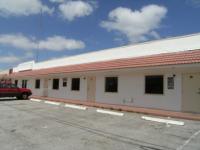 » Show more
Why choose Realigro?
There are many reasons for choosing Realigro. We summarized them in this beautiful infographic
Free
and Premium Services Check out how easy it is to sell or find your home with our Free and Premium services
Professional Services Discover how to increase your business opportunities
Collaboration between Property portals Do you have a property portal with a nationwide focus? Publish your database on Realigro.
Property for sale
Property for rent
» Other
2005-2023 REALIGRO REAL ESTATE LTD. All Rights Reserved - VAT Nr: 893969932
Neikos Digital Agency
BB